I was given the opportunity to see The Hitman’s Bodyguard last week during an advanced screening.  When I received the email I had NO idea what this movie was going to be able due to not seeing any trailers running on TV.  So  after heading on over to youtube and checking out the following trailer I actually got excited about this movie.  I mean seriously Ryan Reynolds (Deadpool) and Samuel L. Jackson (Snakes on a Plane) you really can’t go wrong.  I mean really you have eye candy and dry comedy in Ryan and the comedy and a lot of cursing from Samuel.

Michael Bryce (Ryan Reynolds) is a “fallen bodyguard” who is asked to help protect a hitman, Darius Kincaid (Samuel L. Jackson) during transport to testify against Vladislav Dukhovich (Gary Oldman) for the mass murders of a town of people.  Vladislav has people who are trying to keep Kincaid from making it to the hearing which causes Michael and Kincaid a lot of problems.  This movie is action packed with very little downtime.  During that downtime that is when the comedy comes out.

The Hitman’s Bodyguard is seriously a total must summer movie.  This movie is perfect if you are looking for a good date movie with your husband or boyfriend. You have action, comedy, violence, a lot of use of the word muthafucker, and a HUGE Bodyguard moment that will have you cracking the hell up. 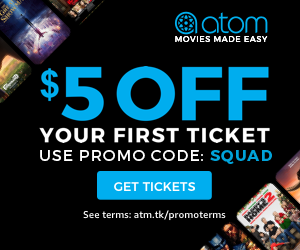